I previously had the (very popular) forerunner 205 so this review will be based on comparing it to that. I bought the 205 when it came out in 2006 and it’s still going strong. I love tech though so decided to treat myself to an “upgrade”… 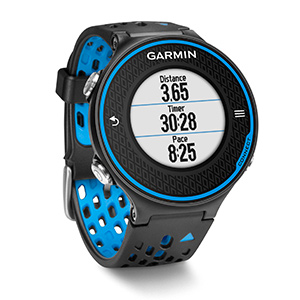 This means my GPS data often sends me swimming and accidentally collecting Strava segments I didn’t even run…!

A paragraph where a summary would normally be#

Well, I’ve been pretty critical of this watch and that’s mainly because there are so many steps backwards for such an expensive watch. I still own my 205 but I don’t use it. That’s because uploading data with a cable and the Garmin uploader was such a terrible experience I’d do anything to prevent it.